This was his final Eliminator fight for the UKBU London Title super featherweight category. The Training camp was very short due to Ramadan, but he still trained late at night 3 times a week. Once the camp was completed, he turned up the training, working mainly on speed and power. Bil delivered just that on the night, caught the opponent with a very powerful left hook to the temple and rocked him. You could tell he was dazed and went on to finish the fight in 1:28 seconds of the first round. He usually doesn’t know much about his opponents, but that’s how he likes it. This makes him train even harder not knowing what is to be expected. Bil was feeling in great shape even with the short camp, and even more disciplined as it was Ramadan.

"Now he heads for the London Title on the 7th of September." 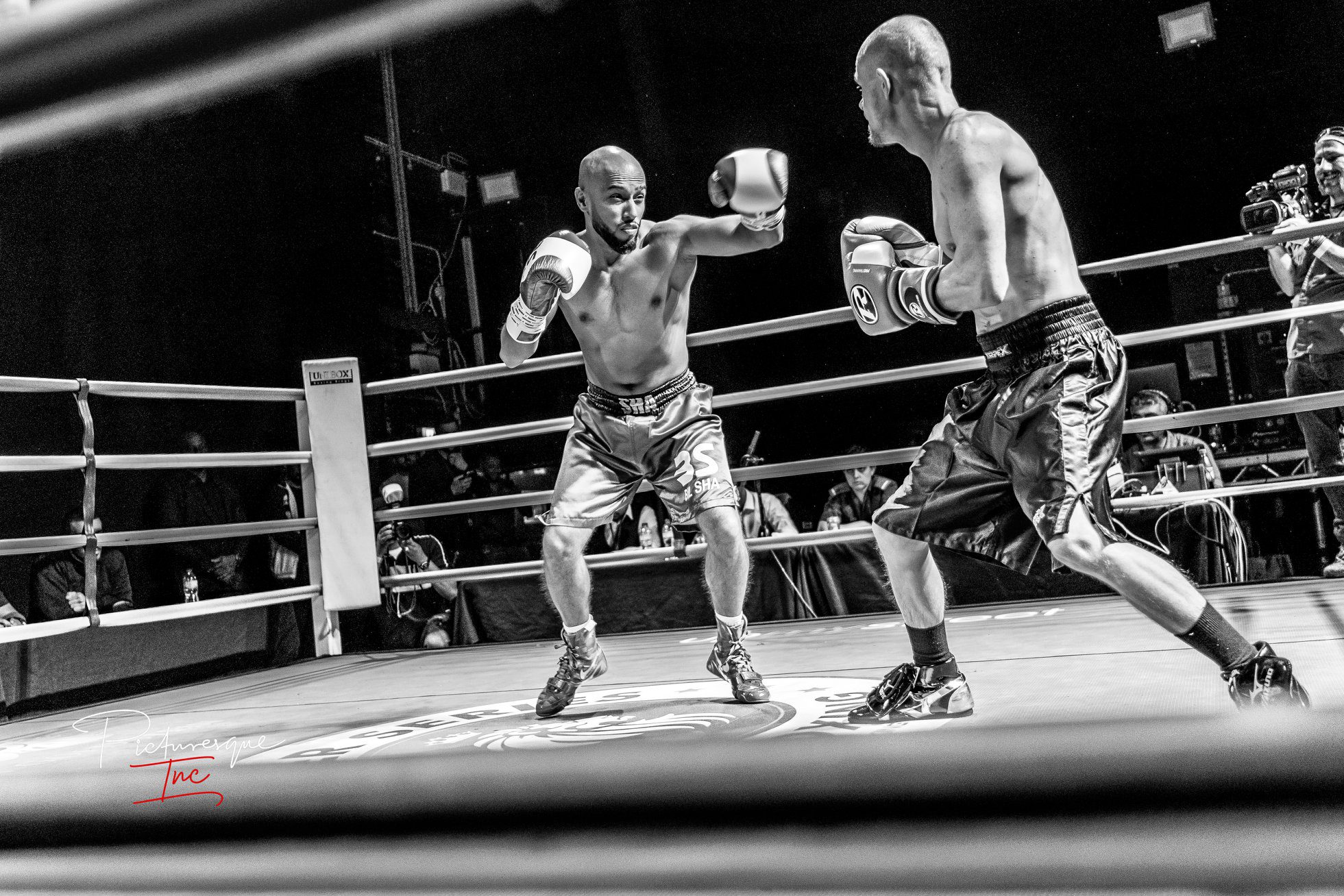